This is the story I often share , posted interview & told at Church Sunday after Reinhardt recent homegoing EnJOY & be inspired into Evangelism by the specificity of God & divine impartation & Power !

In January 1962, a young exchange student studying at the Bible College of Wales in Swansea, was on his way home, when he decided to take an unguided sightseeing tour of London. As he walked, he came across a house with a nameplate on the front that said “George Jeffreys”. He wondered if it could be the “great George Jeffreys who had founded the Elim Pentecostal churches in Ireland and England” and whom he had read so much about.”
This is how he told the rest of the story:
“There I rang the bell. A lady opened the door. ‘Pardon my intrusion, ma’am. Does George Jeffreys live here who was the famous firebrand evangelist I have heard so much about?’ ‘Yes, he does’.
‘May I see him?’
‘No. Under no circumstances.’

She had hardly said no when I heard a deep voice from within the house say, ‘Let the young man come in.’
…I stepped forward, took his hand and introduced myself. I told him I had a call of God on my life to be an evangelist and to preach the gospel in Africa. That I had been to college in Swansea (Bible College in Wales) and was now returning to Germany.
What happened next was extraordinary. All of a sudden, he took me by my shoulders and fell to his knees, pulling me to the floor with him. He placed his hands on my head and began to bless me as a father blesses a son, as Abraham blessed Isaac, who blessed Jacob, and on and on. The room seemed to light up with the glory of God as he poured out his prayer over me. I do not remember the words with which he blessed me, but I do remember their effect. My body felt electrified, tingling with divine energy. After about half an hour he finished. I stood up and helped him to his feet. He seemed very frail. We said goodbye. The lady came and escorted me away. He could hardly stand. Nor could I, for different reasons.” That young man went on to become one of the greatest healing evangelists of his generation. His name was Reinhard Bonnke. When Bonnke’s train arrived at the station of his parents town, his dad , who came to pick him up, told him that Jeffreys had just died.

I hope Heaven has ‘instant replay.’ What a reunion it must have been when George Jeffreys welcomed Reinhard Bonnke into the gates of glory! 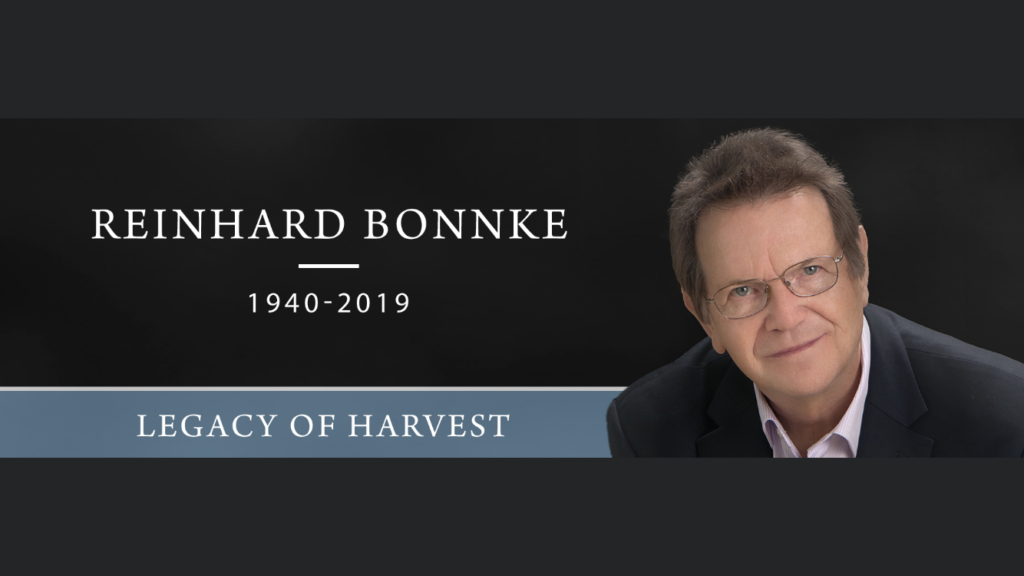 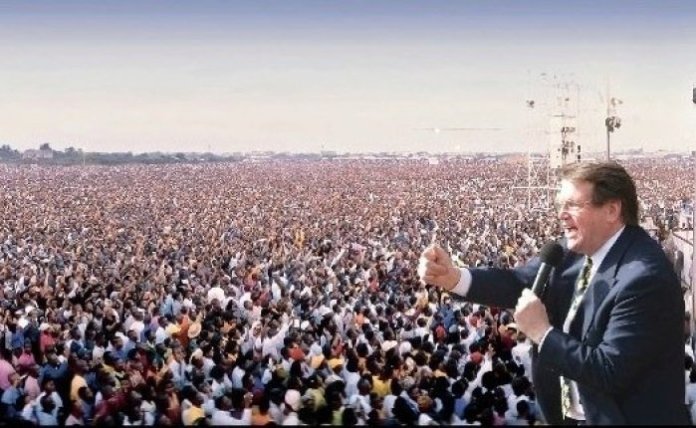