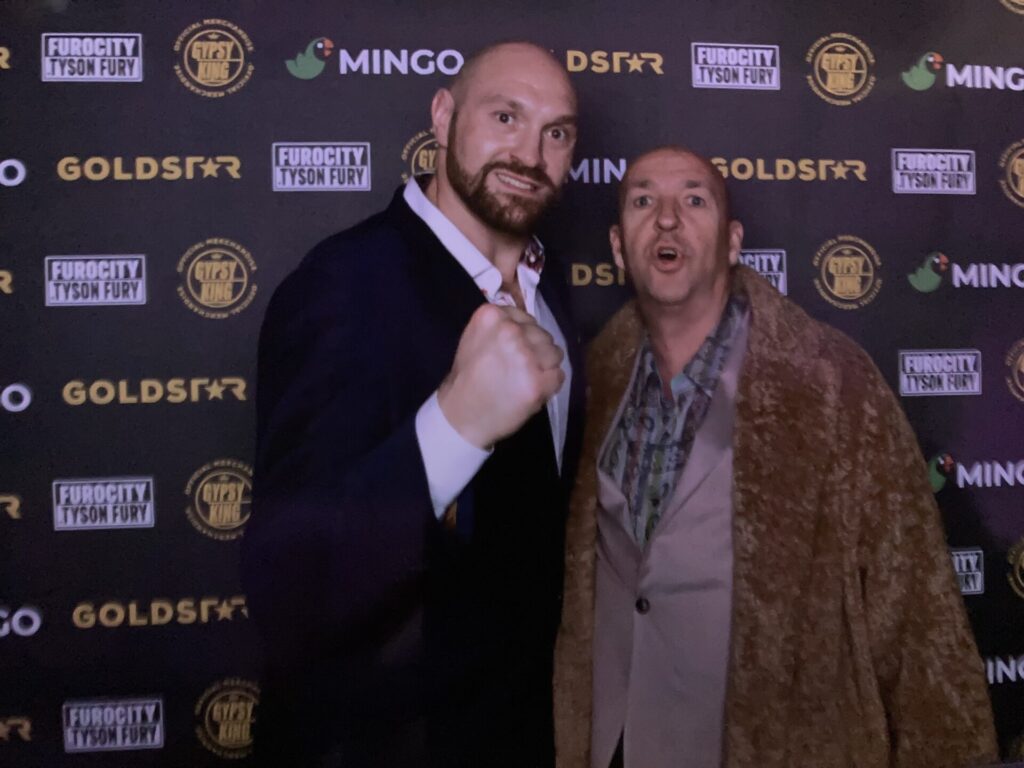 CONGRATULATIONS TO TYSON FURY AND BRINGING OUT THE WORLD CHAMPION IN YOU !

A local Matlock and Derbyshire based Charity CEO, and Minister Terry Eckersley has been publicly honoured and thanked by The Fury Family.

The Fury’s are not shy nor private about there faith and battles with mental health.

“ I had a great  evening with @jilleckersley & finally get to be with & meet Tyson Fury  @gypsyking101 on his homecoming tour. It was  so good  to be with our friend @gypsyjohnfury & get a shout out from him – he really appreciates the #prisonministry we gave him & publicly said tonight” enthuses Terry.

“ With your  ministry via the Prison Chaplaincy, proffesional help & praying & praying & praying things changed” John Fury thanked Terry & said how Terry had helped get them where they are today”  said John Fury. This was at Johns UK truth tour at Chesterfield just weeks before Tysons recent victory.

Terry recently also met Tyson at the recent  homecoming event with 850 in attendance, just a few months before the Wembley title fight. Terry also congratulates Tyson , John & the whole family & team on the recent World heavyweight championship at Wembley with 94,000 in attendance. We appreciate his continued support to mental health awareness.

Terry responded “ it’s humbling and an honour to have played a small part in the journey. It’s also an encouragement to keep reaching out to people, especially the marginalised – you never know the encouragement and difference you can make ! When we met John Fury on a Prison Ministry trip in 2014 – John was as much eager for prayer for Tyson as himself. John @gypsyjohnfury & I prayed together for him & Tyson @gypsyking101 – not many people had heard of them…..I’d not & went to Minister to those many didn’t want to and wouldn’t. Go for the Souls nobody wants and you’ll also get the Souls that everybody wants.”

In particular in this season of Victory  let’s all keep doing our bit to help others , especially the marginalised and those who get overlooked. We recently gave John Fury & the Fury team Terrys latest books, which we also give to our staff and communities.

As well as his Prison Ministry Terry also leads RIVER NETWORK for events, support or employment and volunteer opportunities see